When a resident in one of Florida’s assisted living facilities falls, dies or is seriously injured, that facility is required to tell the state within one business day that something has gone wrong. But a bill before lawmakers would give operators weeks to report such critical incidents — potentially leaving residents in harm’s way, elder advocates warn.

Industry groups for assisted living facilities, which crafted much of the bill’s language and handed it to lawmakers, say the one-day reports are not needed, and eliminating them will reduce onerous paperwork and unnecessary administrative fines.

But advocates say those preliminary reports are necessary to inform state regulators quickly of potential incidents, and that the change is part of a decades-long deregulation of the industry that could put residents at greater risk.

“It’s pretty alarming what they’re doing here,” said Brian Lee, a former Florida long-term care ombudsman who now runs an advocacy group for residents. He said the reports are intended to flag possible abuse or neglect for the state’s Agency for Health Care Administration, which licenses and regulates assisted living facilities, or ALFs.

“They’re now taking that alert from AHCA with this proposal,” he added. “This is rolling back enforcement for facilities.”

Florida, long a magnet for retirees, has about 3,000 licensed ALFs in the state that provide assistance to about 100,000 residents with daily tasks such as dressing, bathing or taking medication. The bill, SB 402, would tweak parts of the law governing the state’s assisted living facilities, such as allowing new assistive devices to be used and clarifying how facility staff should help administer medication to residents.

The section on adverse incidents involves one of the key methods for alerting regulators when something goes wrong. Currently, an initial report must be filed to AHCA for such incidents, defined as an event in which a resident dies, sustains serious injuries, goes missing or is transferred to a hospital or other facility for more intensive care — and facility administrators think they may be responsible.

In cases where abuse, neglect or exploitation are found or suspected, assisted living facility staff are also required to independently report cases to the state Department of Children and Families’ central abuse hotline.

ALFs are required by statute to submit to AHCA up to two reports: one within one business day after an incident, and another full report within 15 days if the facility determines it is responsible. When a report is filed, AHCA can then use it to initiate an investigation if it raises concerns about resident safety.

Such investigations have decreased in the past, with serious consequences: A 2011 Miami Herald investigation found that investigations AHCA initiated of adverse incidents were slashed by 90 percent between 2002 and 2008, and that lax oversight of assisted living facilities contributed to neglect, abuse and deaths at some ALFs.

The proposed legislation would require facilities to submit only one report within 15 days if the facility determines the incident happened in the scope of its care, though it would direct the facility to begin investigating the incident within 24 hours.

Gail Matillo, president and CEO of the Florida Senior Living Association, said the preliminary report requirement had become difficult for the association’s members, in part because they have to log into AHCA’s reporting system to file an initial report, then pull the report if they determine the incident is not their fault.

“It can be easy to overlook,” she said, adding the consequences — such as citations and fines — could burden facilities. In fact, a 2014 audit of the reporting process found more than half of assisted living facilities did not meet the timeline for the one-day report.

FSLA, she added, first brought the bill to lawmakers for this year’s session to address several facilities’ concerns, and it has AHCA’s support. Matillo said the overall legislation, back before lawmakers for a second year, is largely intended to update language in statute. “We’re trying to clean it up,” she said.

But Lee, the former ombudsman, said the initial report is needed to alert the agency if something goes wrong, pointing to past cases of neglect.

“That track record on the whole doesn’t warrant deregulation,” he said. “There’s a reason why we have adverse incident reporting, because injury, harm, death can come to residents because of abuse. ... Providers are trying to remove some accountability for themselves from the records.”

Martha Lenderman, a former mental health administrator and expert on civil commitment law who served on a task force examining assisted living facilities in 2011 and 2012, said ALF residents would benefit from greater regulation, not less. 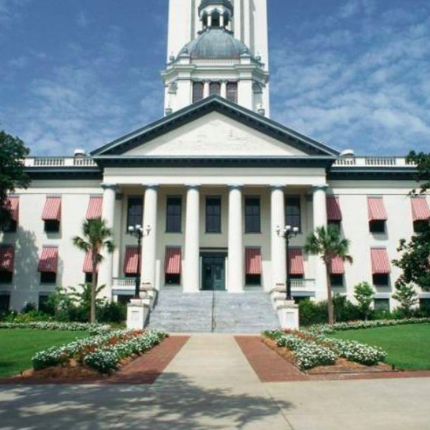