Arkansas Free Falls To No. 42 On 2019 Nursing Home Report Card

“It seems the bottom just fell out from under Arkansas’s nursing home care,” said Brian Lee, the group’s executive director. “Plunging 17 spots, from No. 25 down to No. 42, makes the Razorback State one of this year’s biggest nursing home rankings’ losers.”

According to the report card, Arkansas’s ranking suffered from a sharp decline in the percentage of nursing homes with an above average inspection rating, dropping more than 40 percent in the category since the previous reporting period.

“Arkansas families will find it increasingly difficult to find a nursing home with higher inspection scores in their neighborhood,” said Brian Lee, the group’s executive director.

The Razorback State’s nursing home ranking was also hard hit by a glut of nursing homes that were cited one or more severe deficiencies. Report card data show that more than 25 percent of facilities were investigated for the abuse, neglect or mistreatment of residents.

“News wasn't all bad for Arkansas nursing homes,” said Lee. “Direct care staffing hours marginally improved for the third consecutive report card, which, in the long run, should pay dividends for the state’s nursing home ranking and, more importantly, the residents and their safety.”

However, it doesn't seem that the reported increase in direct care hours is resulting in more frontline caregivers actually working in nursing homes. The state’s percentage of facilities with above average direct care staffing levels plunged more than 50 percent since the last reporting period.

The state’s report card also shows that professional nurse services were in short supply, with fewer than 15 percent of Arkansas nursing homes capable of scoring an above average rating in this important statistical measure. 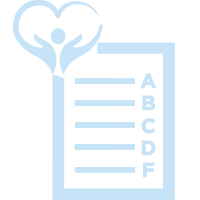