Rita Thomas was a victim of COVID-19, but she never had the disease.

The vivacious and outgoing 95-year-old, who lived independently until last year and celebrated her most recent birthday in February with friends at a Pasco County diner, willed herself to die two weeks ago because she could no longer handle the pandemic-imposed isolation.

"She said to me: ‘Linda. I’ve had a good life. I am ready to die. I don’t want to live this way anymore. I stopped eating,’ '' her daughter Linda Gardner said, recalling the conversation she had with her mother just a month ago. Three weeks later, her mother was hospitalized for complications from malnutrition.

For the last 18 months Thomas lived at Rosecastle of Zephyrhills Assisted Living & Memory Care, an 85-bed long-term care community near Tampa. She filled her days with routine: dining out at restaurants, playing bingo and cards, going for daily walks and visiting every weekend with her daughter, family and friends.

But on March 13, when Gov. Ron DeSantis and the Agency for Health Care Administration ordered that visits be banned from nursing homes and assisted living facilities in an attempt to prevent the spread of COVID-19, all that daily activity stopped. Although the order allowed homes to make exceptions for certain family members to visit their relatives, most homes, including Rosecastle, resisted.

At first, Rita’s family accepted it. The coronavirus that was ravaging the globe preyed on seniors like Rita, who had recovered from cancer, a stroke and minor surgery but whose weakened immune system made her vulnerable to infection.

"Sometimes she’d say something’s like: ‘I just don’t understand. Why are they doing this to us?’ " recalled Nan Thomas, Rita’s younger daughter. “We kept hoping they were going to open the doors and I would be able to bring her to my house again, and we’d go out to eat, get her strong.”

Instead, as the rest of the state opened up, the lock down and isolation continued at Florida’s elder care homes.

"I truly hold the governor and his medical advisers responsible for my mother’s quick decline and her pending death,'' Thomas wrote to the Times/Herald, days after bringing her mother home to die rather than leaving her in a hospital.

For his part, the governor has said a top priority is the safety and security of the state’s vulnerable elders.

Early in the pandemic, his emergency officials directed personal protective equipment and corornavirus testing kits to facilities. But he has also drawn criticism from advocates for his inconsistent and incomplete testing policy at long-term care facilities, waiting more than three months to require regular testing of staff, despite evidence they were the primary source of infection. And, starting this month, his Agency for Health Care Administration will no longer required staff at assisted living facilities like Rosecastle Rita’s to be tested regularly for the contagious disease.

There is little data about the mental health effects of the extended lockdown at long-term care facilities in the United States, but medical experts have long known that prolonged isolation contributes to memory loss and other cognitive problems for older adults.

For Rita Thomas, the lockdown led to confusion and paranoia. She was allowed to walk outside, but she would forget how to get back in. She lost a hearing aid, (which after her death her daughters would find in a cabinet in her room.) She told her daughters that it was hard to understand the staff, who were wearing masks. She no longer remembered how to turn on or off her TV.

Instead of communal dining, the residents of Rosecastle were served three meals a day in their rooms. She lost so much weight in six months that she went from a size medium to an extra small.

"All we knew is, she was miserable,'' Nan Thomas said. “She could no longer go to her window to open the blinds and, in the last few months, she was too confused to know how to answer the phone for me to tell her to go to her window.”

There is mounting evidence that Rita Thomas is not alone.

Isolation is becoming just as much of a pandemic in the facilities as COVID has.
BRIAN LEE, FAMILIES FOR BETTER CARE EXECUTIVE DIRECTOR

“This isolation is becoming just as much of a pandemic in the facilities as COVID has,” said Brian Lee, director of Families for Better Care an elder-care advocacy group. “But we’re not tracking it like we are COVID because that’s easier to track than isolation, despair, depression and suicidal ideations. That’s why it’s important we get the families back in to see what is going on.”

Dan Blazer, Duke University professor of psychiatry and behavioral sciences is one of the authors of a report released in February that found that seniors who face social isolation experience a higher risk of mortality, heart disease, and depression.

Rita Thomas' case “was extreme, but COVID exacerbates an issue that is already there for many older people,” he said.

“One of the major public health problems in our country is social isolation and [long term care] homes want to keep COVID out of these institutions, so they lock down the institution. But, over a long period of time that is not good for older persons. It effects their health and their well-being.” 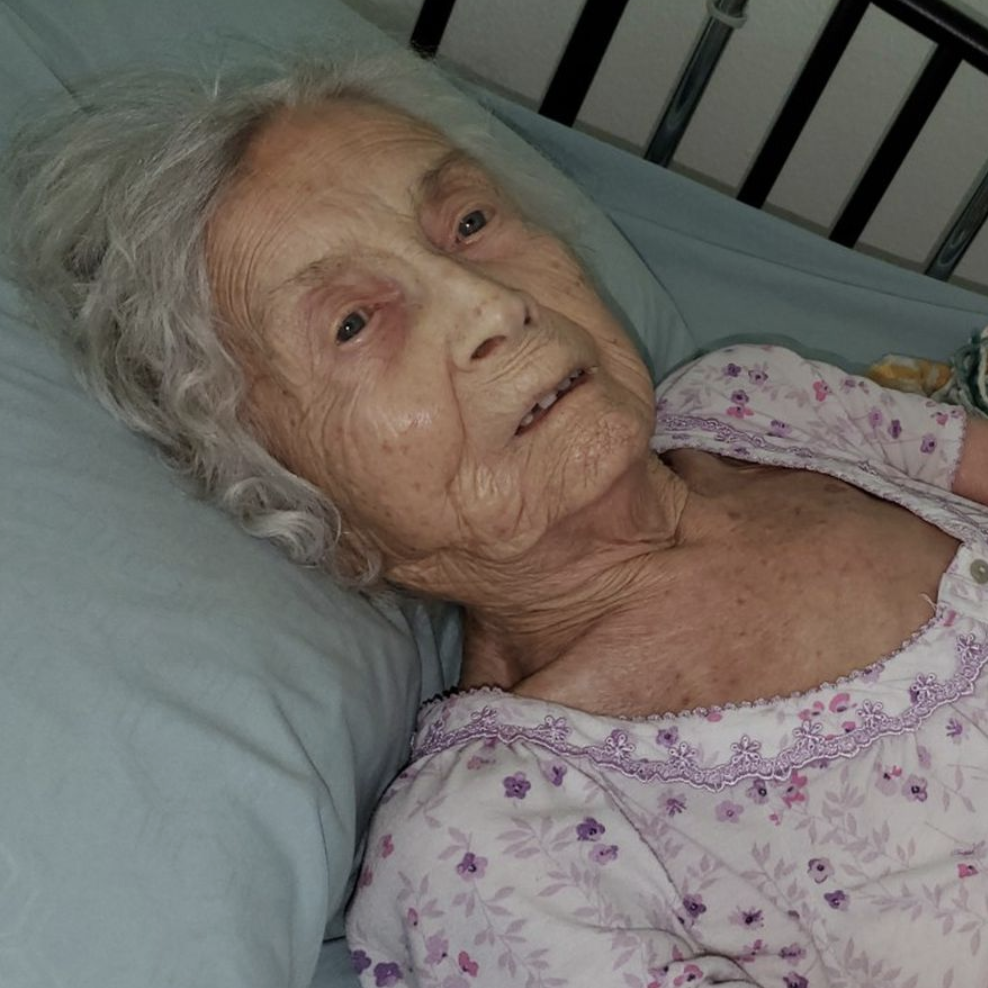