Florida May Crack Down on Assisted Living Facilities After All

A bill that would have given assisted living facilities weeks, rather than days, to report adverse incidents like death or abuse was amended Tuesday to restore existing stricter requirements, after elder advocates warned the change could leave residents in harm’s way.

The bill, which makes several other changes to state statutes governing assisted living facilities, would have removed an existing one-day requirement for preliminary reporting of potential adverse incidents — defined as an event in which a resident dies, sustains serious injuries, goes missing or is transferred to a hospital or other facility for more intensive care — where administrators believed the facility might be responsible.

Instead, the legislation would have only required facilities to submit a final report to the state Agency for Healthcare Administration within 15 days, if an investigation conducted by the facility determined such an incident had occurred. In cases of suspected or established abuse, neglect or exploitation, assisted living facility staff are also required to independently report cases to the state Department of Children and Families’ central abuse hotline.

The bill’s sponsor, Sen. Gayle Harrell, R-Stuart, said she was restoring the original requirement after talking to several advocates since the bill was filed.

“We certainly do not want to eliminate the ability for (state officials) to make sure we’re dealing with adverse incidents,” Harrell told the Senate Health Policy committee, which she chairs. “We also want to make sure they’re not fining assisted living facilities when they simply fail to make that final report.”

Much of the bill’s language had been crafted by industry groups for assisted living facilities, which are pushing the bill. Those groups had contended the one-day reports were not needed and that eliminating them would reduce onerous paperwork and unnecessary administrative fines.

But advocates argued the preliminary reports were necessary to inform state regulators quickly of potential incidents, and that adverse incidents reports are one of the key methods for alerting regulators when something goes wrong.

Under the amended version of the bill, the 1-day report will still be required. But AHCA, which regularly communicates with assisted living facilities and nursing homes as the regulatory agency, will have to send facilities a reminder 3 days before the 15-day report is due, to decrease the likelihood a facility forgets to submit the second report if required. Harrell said that it was likely ALFs would not be able to be fined unless that reminder was sent.

Other parts of the bill include language to expand the use of assistive devices such as lift chairs or other technology that Harrell said would help residents move more easily or protect against falls: “We want to make sure they can use these devices that are now out there … it will really reduce the dangers to our residents in assisted living.”

But some advocates said Tuesday they are still worried about other parts of the bill that change the role of the state’s long-term care ombudsman, how complaints are referred to them and remove a monthly reporting requirement for facilities’ liability claims.

Steve Watrel, a Jacksonville lawyer who works on cases of residents’ neglect and abuse, told the committee that some of those changes could weaken oversight of assisted living facilities. Regarding the removal of the liability claims report, Watrel said those are another mechanism that alerts the state so “AHCA can come in and look at what happened.”

But Harrell argued the change to the liability claims reports were irrelevant because liability claims and lawsuits can take years to be filed and do not reflect current conditions at facilities. She also said that, according to a legislative analysis, AHCA does not use that data in the same way it uses adverse incident reports.

She also said another provision that removes the state long-term care ombudsman from providing input on quality of care standards was meant to bring regulations for assisted living facilities in line with those for nursing homes and that the office will still have input into rule making like other groups such as family councils and the AARP. 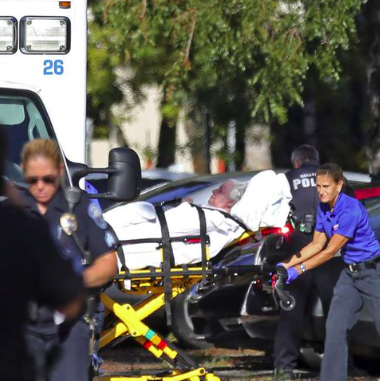