Florida ranks first in the nation for residents at least 65 years old, and the number of seniors continues to grow. Yet a state senator wants to close the lid on key reports involving residents of assisted living facilities who die or are seriously injured. There is no good reason to withhold this information, and the Legislature should stand firmly on the side of Florida’s seniors and their families.

When a resident in a Florida assisted living facility falls, dies or is seriously injured, that facility is required to inform the state within one business day. But as Elizabeth Koh and Jack Brook of the Times/HeraldTallahassee bureau reported this week, a bill by Sen. Gayle Harrell, R-Stuart, would give operators weeks to report such incidents — potentially leaving residents in harm’s way.

Industry groups crafted much of the bill’s language, claiming the one-day reports lead to onerous paperwork and unnecessary fines. Now an initial report must be filed if a resident dies, sustains serious injuries, goes missing or is transferred to a hospital or other facility for more intensive care — and administrators think their facility might have played a role. Another full report is required within 15 days. The state can use the information if it decides to open an investigation into resident safety.

Harrell’s bill, SB 402, would require facilities to submit only one report within 15 days. Facilities must begin investigating within 24 hours of an incident, but no longer would have to immediately inform regulators.

This is a needless concession to an industry caring for Florida’s most vulnerable. Preliminary reports act like an early warning system to protect other residents from possible abuse or neglect and to prepare authorities to respond. Florida has about 3,000 licensed assisted living facilities that serve about 100,000 residents. Another change in the bill would water down the role of the state’s ombudsman by removing a requirement that the watchdog’s office be consulted on the development of standards of care.

If anything, these facilities need more state oversight, not less. As the ombudsman’s office has noted, nearly 60 percent of long-term care residents in Florida do not receive visits from family members and friends. So many have no one looking out for their best interests. A 2014 audit of the reporting process found that more than half of assisted living facilities did not meet the timeline for the one-day report. And in recent years, the number of cases involving ombudsmen have spiked, reflecting the need in these facilities for outside intervention. These numbers hardly justify giving the industry greater discretion to self-police.

Harrell conceded that in drafting the legislation, “mostly, I’ve had conversations with people representing the industry.” That’s no surprise, and it’s every reason to strip these anti-consumer measures from the bill. 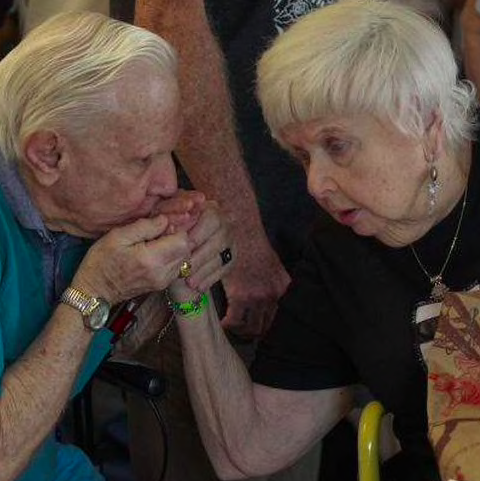