A 47-year-old man has been arrested in connection with the homicide last month of a patient at Tiffany Hall Nursing & Rehab Center.

William Hawkins, who has listed addresses in Fort Pierce and Vero Beach, was arrested Thursday and charged with first-degree murder after officials linked him to the Jan. 5 death of Robert W. Morell, 95, according to records and Assistant State Attorney David Dodd on Monday.

Morell's identity had not been previously disclosed by police.

Hawkins is identified in records as being romantically involved at one point with Morell's girlfriend.

Port St. Lucie police have said that on Jan. 5 at about 12:10 a.m., investigators went to Tiffany Hall in the 1800 block of Southeast Hillmoor Drive after receiving reports a 95-year-old patient was “being hurt” by someone.

“Police learned a nurse walked past the male patient’s room when she noticed an unknown male suspect sitting on top of the patient’s chest, holding a pillow over his face,” police stated.

The assailant ran, and officials couldn't find him.

Tiffany Hall officials told police Morell had been at Tiffany Hall since September 2019 after a procedure to get a feeding tube installed. His girlfriend was paying for him to stay there after his Medicare coverage ended, and intended to bring him home.

The girlfriend told police she knew Morell for 14 or 15 years. After leaving her husband, she moved into Morell’s condo in the 4100 block of North State Road A1A north of the National Navy UDT-SEAL Museum.

“She said they had a full relationship and he had asked her to marry him before, but she turned him down,” records stated. 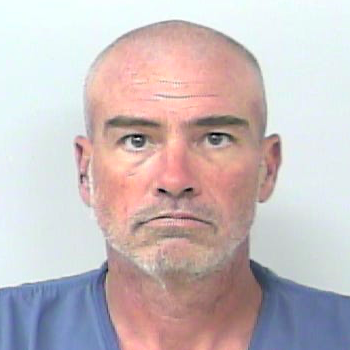