After a resident who repeatedly left a Hialeah assisted living facility was found dead in November, the state Agency for Health Care Administration issued an emergency order halting admissions to the facility until further notice.

According to the order, which was issued Jan. 21, the resident was admitted to Pavilion Gardens in Hialeah on Nov. 13, 2019, without a health assessment but came in with prescriptions for medication generally used to treat schizophrenia. Three days later, the resident, who was not named in the order, left the facility.

The next week, the resident didn’t receive a prescription medication and on Nov. 23, was seen by a fellow resident scaling the facility’s fence at 2 a.m. It was reported to staff, but the resident couldn’t be found. A staff member was told by the facility administrator to wait until the next day to call the resident’s family and law enforcement.

The next day, the resident was found dead after falling from a four-story building, the location of which was not identified in the AHCA report.

Earlier in November, a resident at Pavilion Gardens left and has not returned to date. The administrator, Armando Godinez, told investigators “they want to leave, so they leave.” Citations issued by AHCA in 2015 and 2014 show multiple incidents where residents who left the facility were never reported missing to police.

The 40-bed facility on West 30th Street in Hialeah is run by Godinez and his wife Eugenia Godinez, according to state health records. It is the only facility that they own. 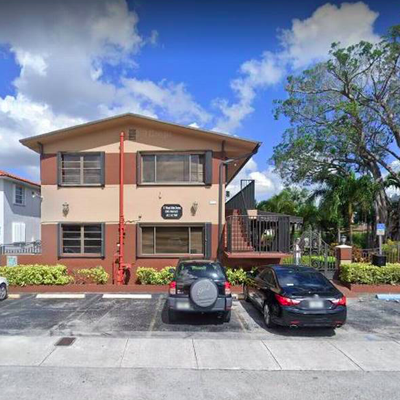