by Lici Beveridge and Luke Ramseth

At least three people at a Tunica County nursing home have tested positive for the coronavirus, and one of them has died, according to Tunica Mayor Chuck Cariker.

State health officials and the county's COVID-19 Task Force earlier this week said a woman between 75 and 80 had died at a long-term care facility on March 21. The woman's body was sent to a funeral home and a later test found she was positive. The test was conducted as a precaution after the woman died because another person at the facility had tested positive a day earlier, a task force statement said.

Cariker said there had been at least two cases — in addition to the woman who died — at Tunica County Health and Rehab, also called Tunica nursing home. The facility is just outside the North Mississippi town of about 1,000.

"Tunica nursing home is a great facility, and they take a lot of pride in their patient care," Cariker said. Since the first reported case about a week ago, "they have been on lockdown, or restricting visitors and family members." 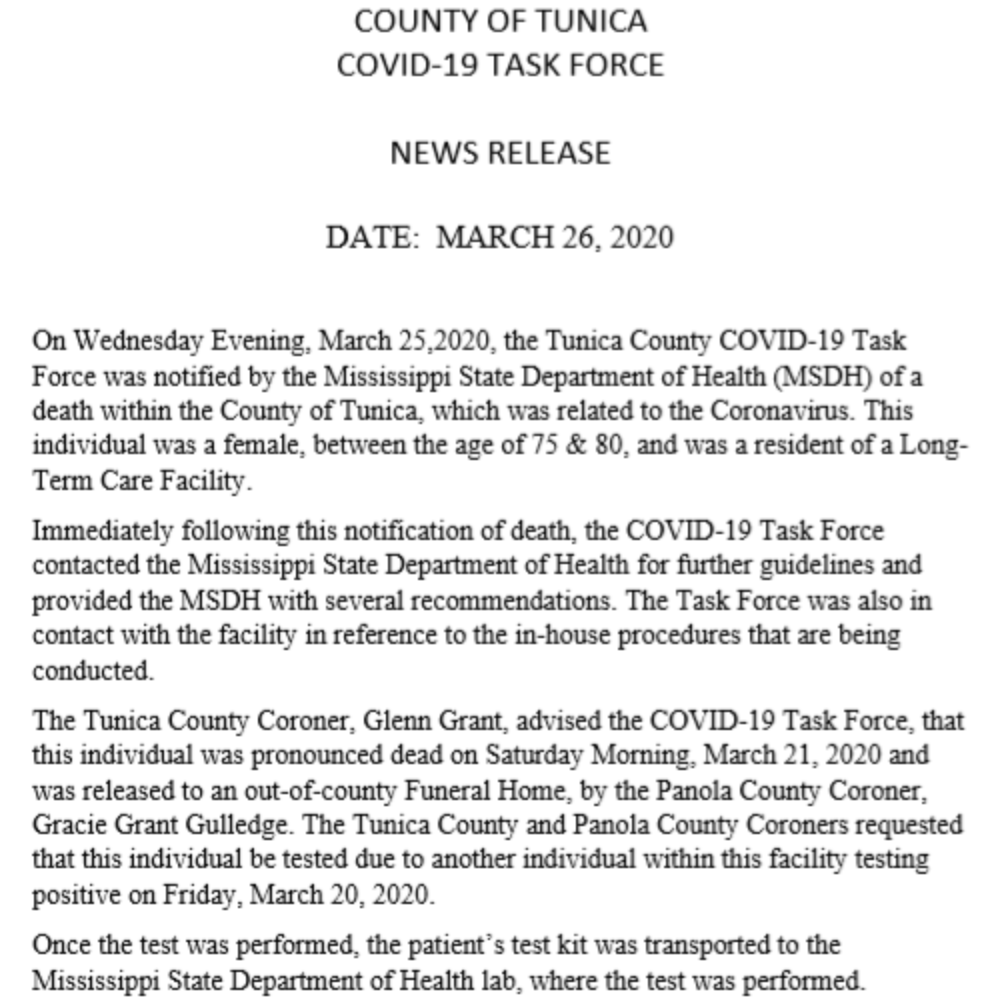