The group scored, ranked, and graded states on eight different federal quality measures ranging from the number of caregiver hours residents received on a given day to the percentage of nursing homes cited severe deficiencies.

“This year’s nursing home report card exposed an alarming trend that should serve as a wake-up call for us all,” said Brian Lee, Families for Better Care’s executive director. “Nursing home inspection ratings have soured.”

According to survey data collected by federal and state governments, fewer than 30 percent of nursing homes were capable of scoring an above average inspection rating, that’s nearly a 15 percent decline since the last reporting period.

“America’s nursing home care is worsening,” Lee exclaimed. “Erratic inspection performance is, by and large, traceable to a singular reason, the failure by so many nursing home operators to hire enough staff to safely care for residents.”

While Families for Better Care has repeatedly warned that nursing home staffing shortfalls are a grievous problem, the organization is calling for a new solution, one that the nursing home industry should welcome and would be embraced by residents and their families.

The best way to heal America’s nursing homes is to appropriate additional funding to be used solely for hiring more staff.

“The best way to heal America’s nursing homes is to appropriate additional funding to be used solely for hiring more staff,” Lee stated. “No more excuses, no more threats, no more scare tactics from lobbyists, politicians, operators—or anyone else for that matter—it’s time to do what’s right and stop the infliction of our loved ones with unnecessary injury or harm because of negligent policy making.”

According to the report’s findings, the majority of nursing homes (54 percent) were incapable of scoring an above average staffing rating. Residents received just 2 hours and 33 minutes of direct care daily—an average that’s unchanged from the previous report card. Nearly every state—with the exception of Alaska, the District of Columbia, and New Mexico—suffered a net loss in the percentage of nursing homes with above average staffing levels over the past three report cards.

“Before any checks are written to nursing homes, a rock solid staffing standard must accompany any new funding; otherwise, taxpayer monies could end up being diverted to subsidize the lifestyles of the rich and not-so-famous instead of getting back to the residents and their care,” Lee stated. “Too many nursing homes have demonstrated an unfaithfulness in self-governing their staffing levels to safely care for residents, so it’s time we help them out a little, as a nation, by federally mandating the most stringent staffing requirement that leaves no loopholes through which violators could squeeze.”

As for the state’s nursing home rankings, the states highly rated in past report cards, once again, dominated the top spots while the chronic underachievers continued to disappoint.

This year’s top nursing home states were Hawaii, Delaware and Alaska while Texas, North Carolina, and Illinois scraped the bottom of the barrel. States with the biggest gains in overall ranking were New York (↑20), Mississippi (↑17), and Nevada (↑14) while Vermont (↓27), Massachusetts (↓24), and Arkansas suffered the biggest losses.

Three of the last report card’s best nursing home states slid out of the top ten, including Vermont, which plunged from No. 3 to No. 31 overall. The remaining states were New Hampshire (down from No. 2 to No. 11) and Florida (falling seven spots from No. 6 to No. 13).

Families for Better Care argues that America desperately needs a nursing home cultural transformation, and the best way for that to happen is for nursing homes to saturate facility hallways with a brigade of well-trained frontline caregivers.

“Nursing home staffing levels must be ratcheted up if care is ever going to improve,” said Lee. “Since nursing homes rely so heavily on federal and state reimbursements, it’s incumbent upon us to pull up our bootstraps and find a way to inject much needed staffing currency as soon as possible.”

Families for Better Care, Inc. is a non-profit citizen advocacy group dedicated to creating public awareness of the conditions in our nation’s nursing homes and other long-term care settings and developing effective solutions for improving quality of life and care. Families for Better Care is located in Austin, Texas. For more information, visit http://familiesforbettercare.com. 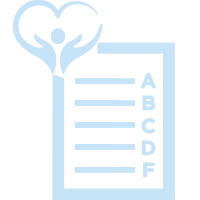