Illinois is the third worst state in the country for nursing home quality, according to a new report from an advocacy group.

Families for Better Care gave Illinois an F for the quality of its nursing homes and ranked it 49th in the country, above only North Carolina and Texas in its ratings, which include Washington, D.C.

To see that the care is getting that much worse is just appalling.--Brian Lee, FFBC Director

A nursing home association in Illinois, however, says the rankings are subjective and don’t reflect the quality of many of the state’s nursing homes.

Illinois’ ranking dropped from 44th in the country in 2014, according to the report, which based its latest rankings on 2017 data from the federal and state governments, including the number of caregiver hours residents received and the percentage of facilities cited for severe deficiencies.

“To see that the care is getting that much worse is just appalling, and seniors deserve better,” said Brian Lee, executive director of the nonprofit Families for Better Care, which describes itself as a citizen advocacy group. The group used to be funded by trial lawyers who represented patients in lawsuits against nursing homes but is now mostly funded through private donations, Lee said.

The report said that nursing home residents in Illinois received an average of about 1.6 hours of professional nursing care a day and an average of 2.2 hours of direct care, which relates to daily needs such as going to the bathroom, getting out of bed and being turned in bed to avoid sores, Lee said. 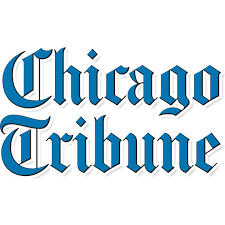