The first, most deadly cluster of new coronavirus cases in the United States started at a nursing home in Washington state.

Last year, before COVID-19 was a concern, authorities saw a vulnerability at Life Care Center of Kirkland, which is now linked to at least 35 deaths from the virus. The nursing home was cited for failing to follow federal standards to best prevent the spread of infectious diseases.

About half of Arizona nursing homes have been similarly cited for infection control violations during their last three published inspections, according to an Arizona Republic analysis of Medicare data compiled from reports by state inspectors. That's 74 homes with about 8,400 beds, collectively.

Most of those inspections were within the last three years.

Violations occurred even when staff knew inspectors were present and watching.

Some caretakers' missteps involved medical technology, like reusing equipment without disinfecting it between patients. Other violations were as simple as not washing hands properly.

But even seemingly mundane oversights, experts say, point to why coronavirus can become so lethal in nursing homes. Their residents are at greatest risk of death or severe illness from COVID-19, which is caused by the new coronavirus, because many are elderly and have underlying medical conditions. And the highly contagious virus presents an unprecedented challenge to nursing home staff, many of whom are already stretched thin in facilities that have a checkered history complying with infection controls.

The Arizona Department of Health Services said as of Tuesday, there have not been any reported cases of COVID-19 in Arizona nursing homes.

But some nursing homes are likely to see half of their residents stricken with the new virus, said Tony Chicotel, staff attorney at California Advocates for Nursing Home Reform, a patient advocacy group. He especially worries about homes with track records of lax infection control.

"Can they turn it around overnight? I worry that at some facilities they can’t," he said. "When one gets sick, God help the rest of the residents."

In Arizona, 74 facilities had at least one infection violation in recent years.

Violations weren't limited to any particular type of facility, and included homes run by nonprofits, for-profit corporations and government agencies.

Errors at three homes put residents in immediate jeopardy, the most serious violation, according to inspection reports.

Last year, a resident at the Sun City Health and Rehabilitation Center should have been isolated while waiting for lab results to confirm a suspected infection. But therapy staff entered the resident's room without personal protective equipment and allowed the resident to use the therapy gym.

The home had to monitor other residents for 48 hours for symptoms after that.

Only two other nursing homes made errors that rose to that level in the last few years: Estrella Center in Avondale and Lake Pleasant Post Acute Rehabilitation Center in Peoria.

The Estrella Center had a sick resident sharing a room with another resident with a weakened immune system. In addition, a nursing assistant left that room without removing gloves and came back without a gown or gloves as required.

Since then, both the Avondale and Sun City homes had additional staff training and submitted a plan of correction to the state, said Lori Mayer, spokesperson for the Sun City Health and Rehabilitation Center and the Estrella Center.

She said the homes' management teams, clinical leadership and chief medical officers have met regularly about the possibility of the coronavirus affecting the home. The team has "enhanced employee and patient screenings and precautions" and are restricting visitors, offering video conference calls instead.

At the Lake Pleasant nursing home, a visitor entered a resident's room without protective gear and carried a briefcase out of the room, though the resident was under “contact precautions” for an infection.

Scott Osterneck, executive director of the facility, pointed out that the incident happened almost two years ago. He said the state approved the home's plan of correction and placed it back in compliance. Since then, the home hasn't hasn't had any infection control or prevention issues.

Majority of homes not penalized
Of the 74 nursing homes that were cited for infection control deficiencies, only seven received penalties on the date of that inspection. It is unclear whether infection control errors had anything to do with the penalty.

Eight others received penalties from inspections in which they were cited for problems other than infection control.

That leaves 59 nursing homes that did not get penalties during their last three published inspection cycles even though they failed basic infection control measures, many while being watched by inspectors.

About once a year, inspectors do comprehensive surveys at nursing homes that participate in the Medicaid or Medicare programs. They may make separate visits if there are complaints. Inspections are unannounced. But Lee said nursing home administrators can usually anticipate their arrival because they tend to occur on a regular cycle and homes are likely to hear from other nearby homes when the inspectors are making their rounds, he said.

Lee said his organization hears from families that they can usually tell when inspectors are soon to visit because the food gets better and more staff are available.

"They're prepped. They're rolling out the informal red carpet. They're making sure everyone on staff knows the surveyors are there," Lee said. "They're on their A game and yet they still have these findings. And it's the residents who suffer."

He suspects that infection control mishaps are far more widespread than the citations show. It's just that not everyone gets caught, he said.

And when they do get caught, he said: "If you're not washing your hands you're probably not going to get penalized. That's the problem. A lot of this stuff is stick-your-head-in-the-sand oversight ... all it is a paperwork infraction," Lee said. "There is no disciplining to incentivize better behavior." 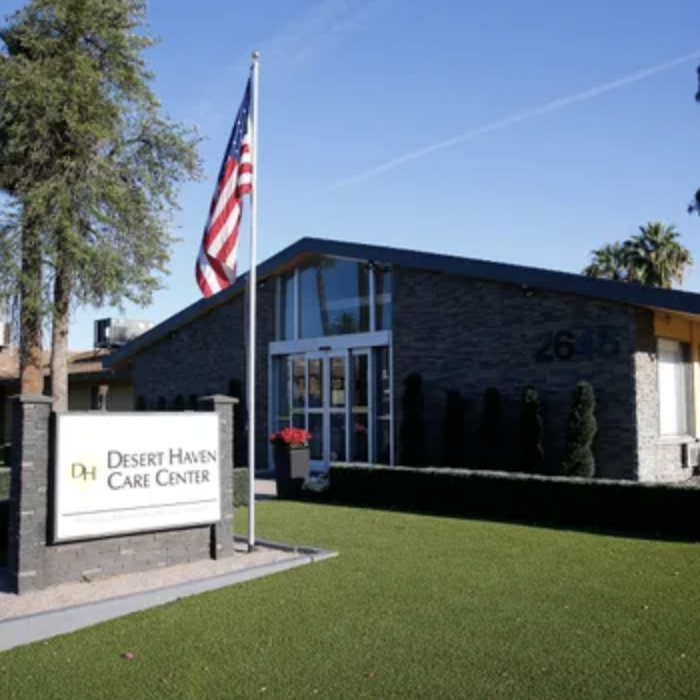