by Ben Elgin and Peter Waldman

In 2017, a flare-up of scabies in a Downey, California, nursing home persisted for more than six months and left at least seven patients covered in rashes from the skin-boring mites before staff members corralled the problem.

A year later, norovirus swept through a Lakeview, Oregon, facility after staff members failed to contain the gastrointestinal illness that eventually sickened at least 16 of its residents.

Last year, inspectors spotted a woman in a wheelchair using her bare feet to propel herself around the hallways of a Columbus, Texas, nursing home with a bandage taped over her heel, lightly covering an open wound with a potentially contagious staph infection.

In each of these instances, state regulators concluded that the nursing homes violated rules for infection control and slapped the facilities with the most severe citation in their arsenal, saying the homes had put their residents in “immediate jeopardy.” And the nursing home operators paid federal fines totaling … zero. Federal regulators opted not to levy any financial penalty.

The government has always treated these as paper violations. -- Brian Lee, Families for Better Care

That pattern of light regulation has put nursing home residents at extra risk of contracting the Covid-19 virus, advocates say, even as federal officials this month vowed to stiffen oversight. Already, the virus has resulted in at least 26 U.S. deaths – with 19 of them linked to a Kirkland, Washington, nursing home. “The government has always treated these as paper violations,” said Brian Lee, executive director of the Austin, Texas-based nonprofit Families for Better Care.

In one instance last year, inspectors filed a serious citation against a Fort Worth, Texas, nursing home owned by the company that operates the Kirkland center, federal records show. In that Texas case, federal regulators assessed no fine against Life Care Centers of America Inc. of Cleveland, Tennessee. The company didn’t respond to requests for comment Monday.

Over the past three years, more than 9,000 of the 15,000-plus nursing homes in the U.S. were cited for one or more infection-control deficiencies, according to an analysis by Kaiser Health News. Of those, 109 were rated by inspectors as being severe enough to cause patients “harm” or “immediate jeopardy,” according to data gathered by Lee. Of these most severe violations, only 61 – or 56% – were hit with a financial penalty.

‘Substandard’ Incentive
Advocates fear that after years of lax oversight, many nursing home operators are simply ill-prepared to deal with the growing outbreak of the new coronavirus, which has expanded to more than 600 confirmed cases in the U.S.

This lack of enforcement could prove to be catastrophic.  -- RIchard Mollot, Long-Term Care Community Coalition

“This lack of enforcement could prove to be catastrophic,” said Richard Mollot, executive director of the Long Term Care Community Coalition, a New York-based nonprofit. “It’s an incentive to provide substandard care.”

A nursing home industry group disagrees, saying most of the infection-control citations stemmed from isolated instances that didn’t cause harm to residents.

“Fines are not an effective way to improve quality,” said David Gifford, chief medical officer at the American Health Care Association, in a written statement. “This could take precious resources away from nursing centers, which are already chronically underfunded and operating on extremely thin margins.”

The primary regulator of nursing homes in the U.S. is the federal government’s Centers for Medicare & Medicaid Services, or CMS, which is charged with monitoring the quality of facilities that take in patients with government-funded health insurance. CMS sets guidelines and contracts with state agencies to inspect the nursing homes. When state inspectors find violations, they recommend enforcement actions to CMS, which ultimately decides what penalty to impose.

CMS officials didn’t respond on Monday to questions about the number of fines imposed, citing a heavy volume of media requests. 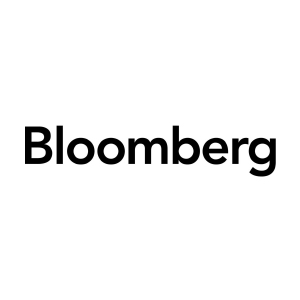