A patient at a Central Florida nursing home near The Villages died after being left out in the sun for three hours.

Another was rushed to a Melbourne emergency room after staff administered anti-psychotic medications at 80 times the prescribed dose.

And at a nursing home between Gainesville and St. Augustine, one patient died after staff waited five minutes before starting cardiopulmonary resuscitation, and another nearly died after he was overdosed on morphine.

Over the last three years, Florida’s Agency for Health Care Administration cited all three low-rated nursing homes with Class 1 violations – the most severe violations the agency can levy. By state law, AHCA was required to ramp up oversight, inspecting the homes every six months for two years.

But that oversight would be cut back under two bills making their way through the Florida Legislature that would reduce inspections at problem nursing homes. Advocates say it's a threat to patient safety. ACHA leaders say they're already going into poor-performing homes frequently and need more flexibility around inspections.

As part of the legislation, AHCA would be required to do only one additional inspection at nursing homes after the agency cites them with a Class 1 or multiple Class 2 violations. The loosened mandate would apply to every nursing home in the state, from the highest rated to the lowest.

The nursing home provision is part of a larger legislative push by AHCA to give the agency more flexibility in how it deploys staff across the health care spectrum.

AHCA Secretary Mary Mayhew said in an interview that the purpose of the legislation is to give AHCA the ability to spend less time in good health care facilities and more time inspecting problem providers. The agency’s resources are increasingly strained as the state’s population and the number of health care providers increase, agency leaders said.

“We wanted to make sure that as we look at our workload, that we are able to have a clear focus on higher-risk and poor performing providers,” Mayhew said.

But critics of the legislation worry about the ramifications of cutting back on AHCA’s mandates. 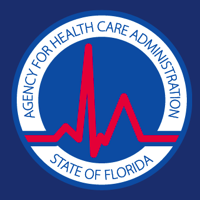