Cheyenne Provost said her grandmother was transported to Ellis Hospital on Thursday after having difficulty breathing.

After testing positive for COVID-19, she was placed in an isolated unit, where she died early Sunday.

“She was quarantined within the hospital and visitors were not allowed in,” Provost said.

A second resident tested positive for the virus at Ellis Hospital on Tuesday, officials said.

“This resident remains in the hospital receiving treatment,” Sleicher said on Tuesday evening.

The campus in the city’s Woodlawn neighborhood contains five separate facilities housing 500 residents, each with its own staff.

“In both instances, we notified all Kingsway Manor residents and their families, the same day that results were known,” Sleicher said.

Staff immediately quarantined residents and staff who may have had contact with affected individuals, as per state guidelines.

“Those residents who are quarantined have their vital signs monitored multiple times per day,” Sleicher said. “Staff are screened before each shift, which includes screening questions from CDC and taking temperatures.”

The Gazette initially reported on Tuesday that a staff member and resident at Kingsway Arms Nursing Center tested positive for COVID-19 and was hospitalized. 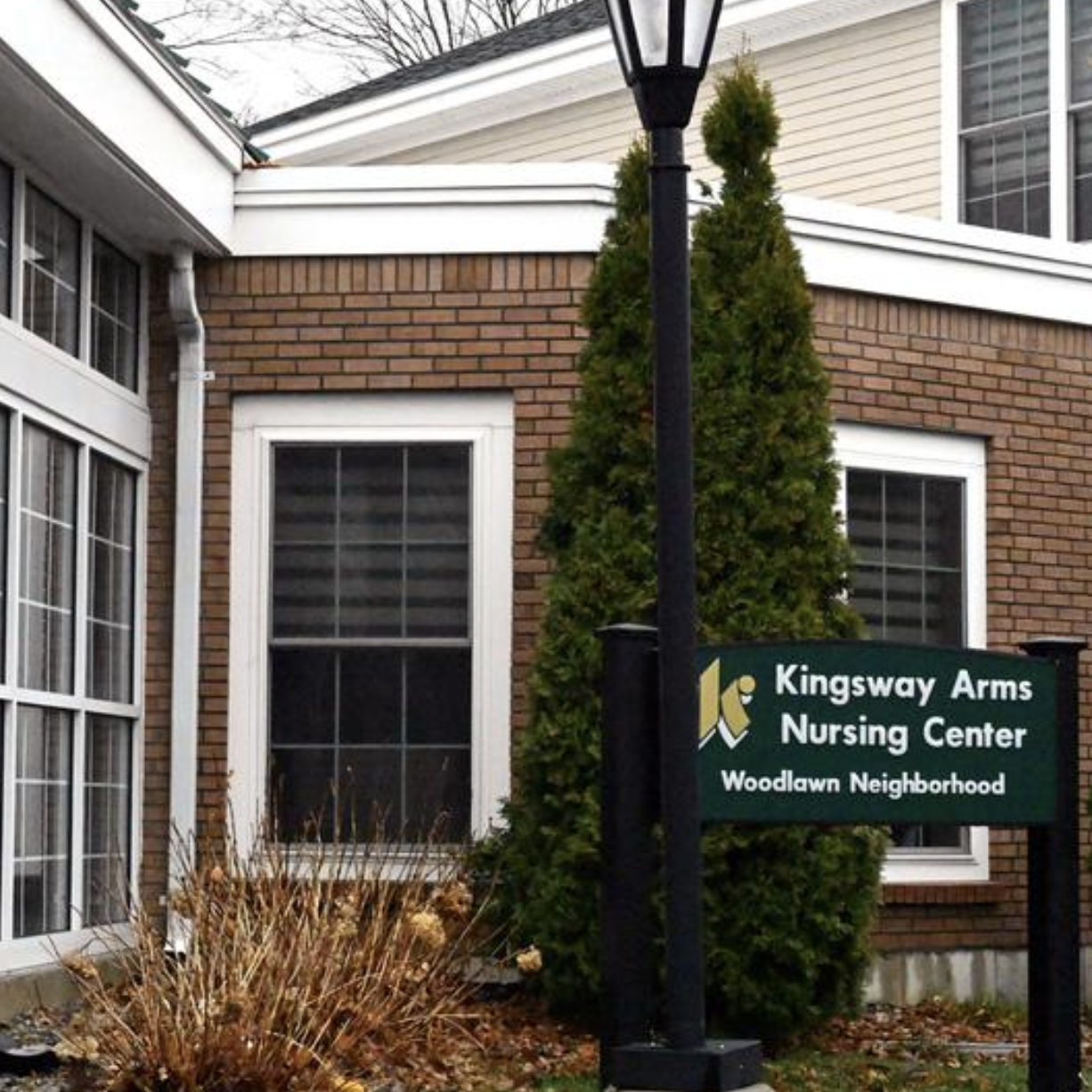