by The Times Editorial Board

It is, or at least should be, among the highest priorities we as a society can have.

But sadly, when it comes to taking care of our most elderly citizens, we continue to fall woefully short of the mark.

In a report released last week, Families for Better Care, a national senior citizens advocacy group, gave Pennsylvania nursing homes a failing grade, ranking the state an unacceptable 46th in the country when it comes to quality of nursing home care.

The group said its report card was based on eight measures tracked by the federal government, including problems discovered during government inspections, staffing levels and the number of verified complaints.

Ironically, the Pennsylvania Department of Health said the drop in ranking was due in part to stricter state oversight in recent years that has uncovered issues that might go unnoticed in states in which the inspection process is less rigorous.

Department spokesman Nate Wardle said that in April alone, 541 inspections were done at 369 nursing homes in the state, and those inspections resulted $206,000 in penalties.

Zach Shamburg, CEO of the Pennsylvania Health Care Association, said the Families for Better Care report card is based on data from 2017 and claimed that nursing homes in the state have shown significant improvement since.

We can only hope both are correct.

Ultimately, the responsibility naturally rests with the nursing home owners, who must always put quality of care ahead of profits or other economic concerns. In a perfect world, we could naively count on that being the case.

But when it comes to health-care providers in this region, the state and across the country, it is too often far from a perfect world.

On Wednesday, a watchdog report from the federal Department of Health and Human Services’ inspector general’s office indicated nursing facilities across the country had failed to report thousands of serious cases of neglect and abuse of seniors on Medicare, even though it is a federal requirement that they do so.

The report estimated that in 2016, about 6,600 cases of potential neglect or abuse were not reported as required.

Many nursing homes rely extensively — some almost exclusively — on funding that comes through Medicare and Medicaid, the state and federal program for lower-income seniors.

And, to be fair, that funding has not increased since 2014, and given the current political gridlock that grips both Harrisburg and Washington, D.C., any drastic improvements to the existing way of doing business seem unlikely at best. 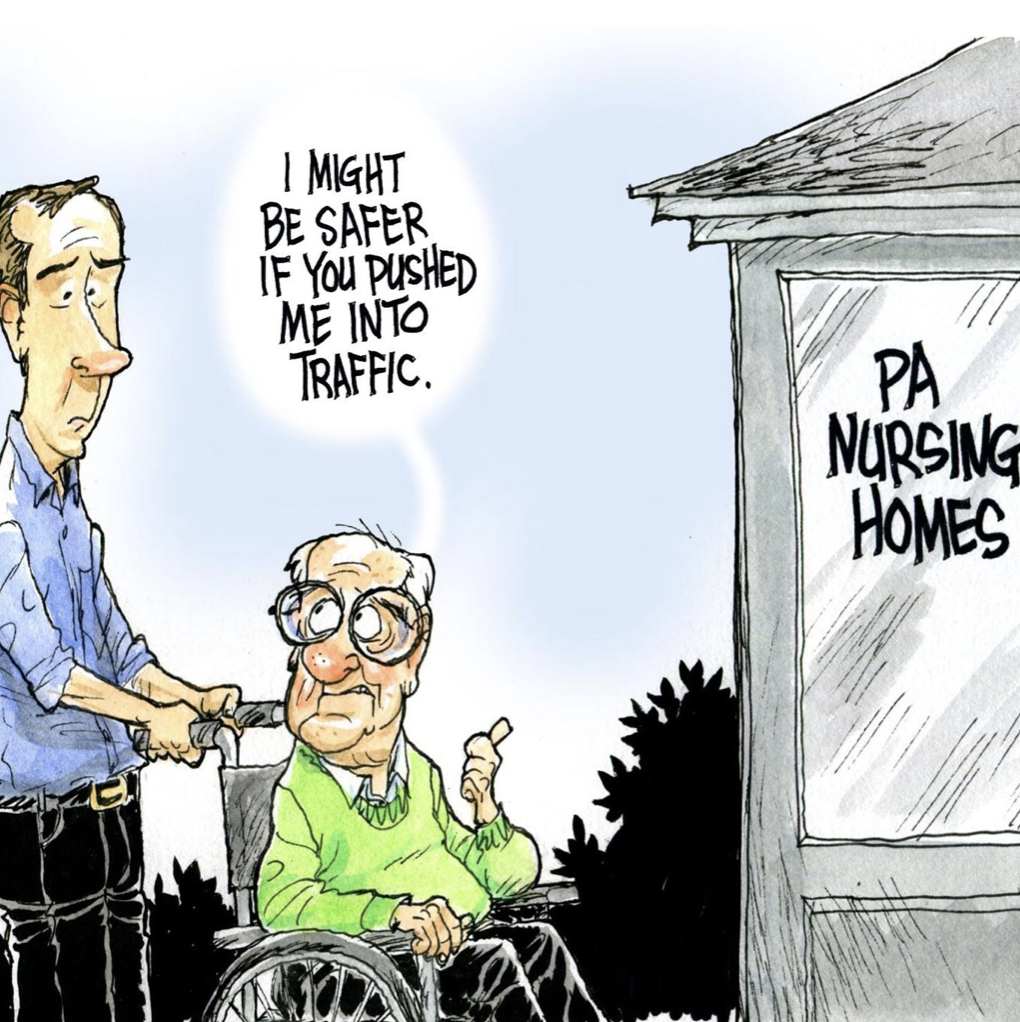