Port St. Lucie Police are investigating the murder of a 95-year-old man in a nursing home.

According to police, dispatchers received a call from a nurse at Tiffany Hall Nursing and Rehabilitation Center on Hillmoor Drive in Port St. Lucie shortly after midnight saying "someone tried to hurt a patient." When police arrived on the scene they found an adult male dead.

Police were told a nurse walked past the victim's room when she noticed an unknown male sitting on top of the victim's chest with a pillow over his face, according to police. The nurse yelled out for another nurse to call 9-1-1 and the unknown male took off running from the facility while police were called.

When police arrived, they set up a perimeter and searched the area with a K-9 unit and, with assistance from the St. Lucie County Sheriff's Office, an air unit was also deployed, according to police.

Some residents in adjacent neighborhoods noticed increased police activity immediately. Christian Gutierrez of Port St. Lucie tells CBS12 News that the area is "usually pretty quiet at night," so he was surprised to see police choppers circulating and hear the sound of sirens late at night.

"There was literally police every stop sign and there was a helicopter up for probably a good hour," another resident, Dale Norman told CBS12 News.

Police say they were unable to find the unknown male, who was only described as a white male.

Tiffany Hall has been at the center of some complaints in the past -- the most recent legal action taken up was in 2007 when a nurse at the facility allegedly slapped and spit on an elderly patient.

The facility was fined as a result of the alleged abuse in that case.

No word yet on how the suspect in Sunday's incident gained entrance to the facility, but there is a notice on the door explaining that visitors must be buzzed in if they are trying to enter the premises outside of normal business hours (8 AM- 8 PM). 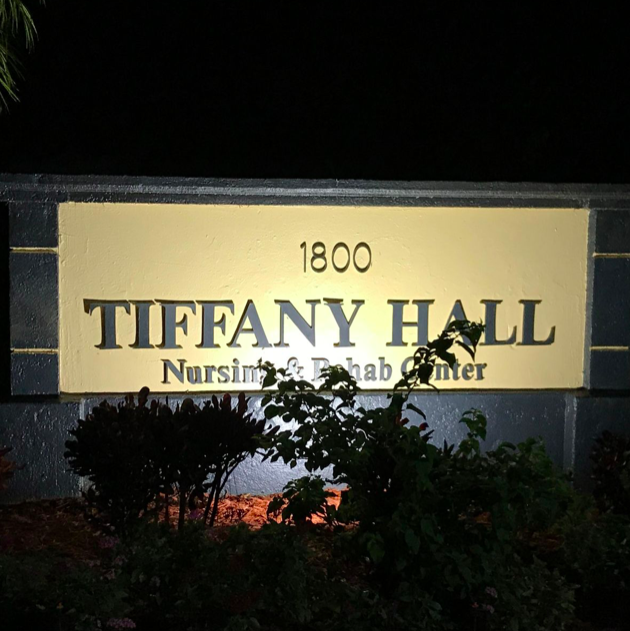